When can you get a balaclava?

When can you get a balaclava? 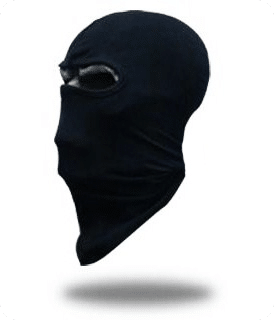 If you have followed a little bit the discussion around the Boerka ban in the first and second chamber, you know that at the beginning of this year the Cabinet decided to permanently continue the ban on face-covering clothing (note: This does not apply to (half) Facemasks, bandanas and other headgear that only partially covers the face). As of 1 August 2019, Boerka’s and other full-face known clothing are forbidden to wear in public.

There are two reasons for banning face-covering clothing – like the Balaclava – on the street. The main reason is that everyone must be publicly identifiable and identified. This is a measure to combat terrorism. It is not mentioned in the bill, but a second reason is to oppose the repression of Muslim women.

The discussion between the first and the second chamber actually revolves around that last point. In order to make the ban on covering the face all a little more digestible, that measure also applies to the public wearing of bivouac hats and integral helmets if the wearer is not on the moped or motor.

Soon so no bivak hats anymore on the street?

This means that you can no longer just walk down the street with a balaclava. Does this mean that you can throw your handy balaclava into the trash bin without any more? No, certainly not! 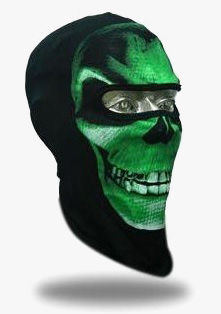 Bivouac beanies are used in all sorts of extreme conditions. So there are still enough situations where it is permissible and sometimes necessary to wear a balaclava. In addition to extreme weather conditions, Bivak hats are also used for a large number of sports such as car racing, motorcycling, mountaineering and skiing or snowboarding .

In which situations can you wear a balaclava?

In The following situations it is not a problem if you wear a balaclava (not even after the boerka ban):

1. A bivouac hat under your motorcycle helmet

If you are on the road on the motorbike, moped or scooter it is not a point if you wear a balaclava under your motorcycle helmet . You just have to think about doing your balaclava or rolling it out at the moment you step out of your motorbike, but the same applies to your system helmet or integral helmet. What it’s all about is that your face is clearly recognizable in public.

2. A bivouac hat for dangerous sports

In certain hazardous sports, such as autoracing, it is permissible to wear a balaclava. Please note that in this case it is about bivouac hats made of a special fire retardant material.

3. A bivouac hat during winter sports

If you do a slope while skiing or snowboarding, while there is an icy wind, you would like to wear a balaclava! That also applies in the situation that it starts to snow or if it gets very cold on the piste. Keep in mind that your winter sports holiday does not take place in the Netherlands. If you want to be sure that you can wear a balaclava in the winter sports country of your choice, you will have to ask.

4. Carry a balaclava at home or on a private site

The prohibition of face-covering clothing is mainly intended for public spaces. So if you want to wear a balaclava at home or on private grounds, nobody will stop you! 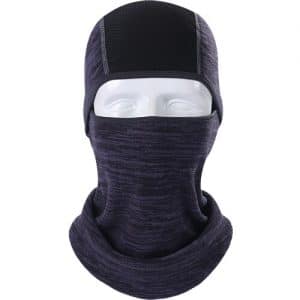 5. Wear a balaclava for healthy or safety reasons

Face-covering clothing may also be worn for reasons of health or because a person’s work gives cause, such as a welder, beekeeper or someone with serious skin conditions.

6. Wear a balaclava during extreme cold

Even in the Netherlands it can be bitter cold. If it is extremely cold in winter – for example when it freezes, snows or if there is an icy wind – you may also set up a balaclava outside on the street. This has confirmed deputy Prime Minister Verhagen after a question from a journalist. However, from which temperatures a balaclava can be worn is not yet clear. In fact, all the reasons for wearing a balaclava with the above six exceptions are covered. The only thing left is wearing a balaclava without legal reason, such as committing a robbery.

Although the ban on face-covering clothing sounds extremely extreme, in practice this will be windfall. As long as you sell your balaclava neatly when you talk to someone or get into a public space, there is really not so much going on.

Which type of snowboard mask suits you?